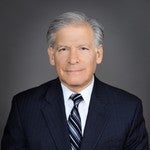 I have been in practice for more than 30 years. I began my career as an Assistant District Attorney in Brooklyn, New York. After several years, I joined in the general practice of law with my father Ralph Goldstein. Following his death in 1986, I have continued the business as a single practitioner with the help of a dedicated support staff.

In accordance with a long-standing family tradition of more than 70 years, I am committed to providing quality legal services to my clients on a personal basis with care and concern for each client's particular background, needs, and goals.

Thank you for contacting us. We will get back to you shortly.

Please complete all required fields below.

The Law Offices of Barry M. Goldstein is committed to answering your questions about personal injury issues in New York.

I offer a free consultation, and I'll gladly discuss your case with you at your convenience. Contact me today to schedule an appointment.